Donate Today
Who We Are

We are active, apostolic, Catholic women religious participating in the mission of Jesus in the United States of America. 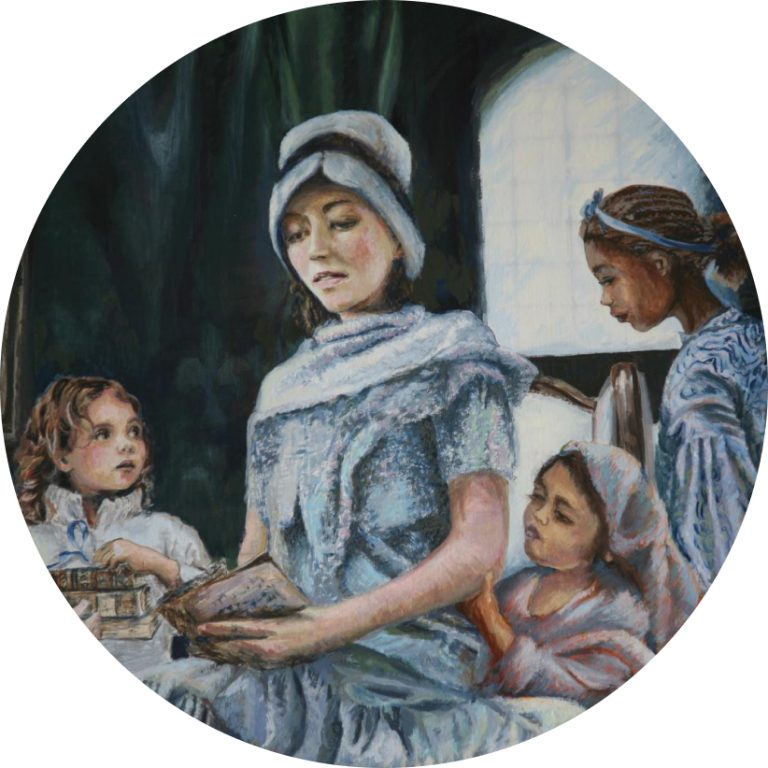 Nano Nagle was born in 1718 into a wealthy, Catholic family in Ballygiffin, County Cork, Ireland.

She had the advantage of an education in France, at a time when unjust laws deprived the less advantaged Catholics in Ireland of any type schooling. She entered a convent in France but, troubled by the social ills and spiritual deprivation in her homeland, she left the convent and returned to Cork where she lived for a time with her brother and his family.

Haunted by the poverty and misery created by the penal laws, she actualized the words of her family’s coat of arms, “NOT WORDS, BUT DEEDS,” and began in 1754 her mission among the poor in the “Little School” in Cove Lane, Cork. Her concern for her people, her courage and her perseverance inspired her to establish other schools in different parts of the city and to support charitable works for those who were poor and oppressed by unjust social systems. At a time in the history of Ireland when it was illegal to teach the Catholic faith or for Catholics to be educated, Nano did not hesitate to respond to the call of the Spirit to be with and for the poor despite possible consequences for herself.

In order to give stability and permanence to her care of the poor, Nano sought the service of a religious community. She arranged for an Ursuline foundation in Cork in 1771. When she realized that the rule of enclosure did not allow the Ursulines to leave the cloister and to seek out those who were impoverished, she established a religious congregation which she named Sisters of Charitable Instruction of the Sacred Heart of Jesus.

Nano took the name Sr. Mary St. John of God and together with her three companions, Sr. Mary Angela Collins, Sr. Mary Augustine Bourke and Sr. Mary Joseph Fouhy, began their Novitiate Cork on Christmas Eve 1775. They received the religious habit in June 1776 and, a year later, professed religious vows. It was the culmination of more than twenty years of loving service to the poor of that city and a way to ensure the continuation and extension of her mission of education of the poor and relief of those exploited by unjust social systems. She lived this mission until her death on 26 April 1784.

Although Nano Nagle’s own work was confined to her native city, her understanding of mission was universal.

My views are not for one object alone. If I could be of any service in saving souls in any part of the globe, I would willingly do all in my power.

You can contribute to the mission of the US Province of the Sisters of the Presentation in a variety of ways including prayer, volunteering or financial contributions.

Donate your time and talents